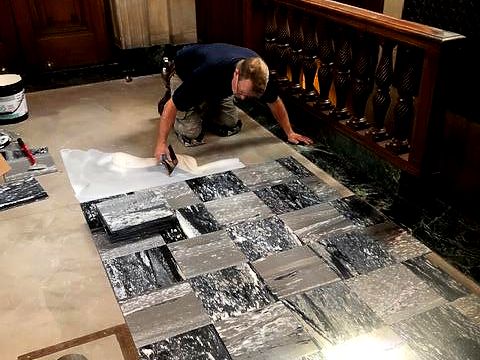 Patrons and sponsors of last year’s Cathedral Festival of Light’s gala raised the funding for these improvements. Thank you for your continued support of restoring and maintaining this world-class treasure for the generations to come.

The sacristy sits at the back of the Cathedral, behind the sanctuary. It houses all the elements needed for the celebration of the Cathedral’s ceremonies, including sacred vessels, vestments, and liturgical books. The sacristy also contains several historic processional crosses and croziers, including Archbishop John Ireland’s, still used today for major celebrations more than a century later.

The letters of Msgr. George Ryan reveal his dedication to the embellishment of the Cathedral. He suggested the saints imaged in the rose windows and supervised Connick’s designs. The south rose window is brilliant with the images of eight saints who practiced the Beatitudes. Among them is St. Rose of Lima, the first person born in the Americas to be canonized, the exemplar of those who suffer persecution for justice’s sake.

As a young woman, Rose had a vision of Mary, who called her the “Rose of Saint Mary.” Believing that God had made her a “little” person, Rose did what she considered “little” things. She became a Third Order Dominican, dedicating herself to small acts of penance and spent hours contemplating the Blessed Sacrament, which she received daily, a rare practice in that period.

Inspired by her visions, she took a vow of virginity, an action strongly opposed by her parents. Unmoved by their opposition, Rose remained faithful to her vow. Finally, out of frustration, her father gave her a room to herself in the family home. Though she spent a large portion of her day in prayer, she also spent time planting and cultivating a garden, where she grew flowers that she sold to help the poor, the sick and the hungry.

As always, we welcome your donations. Click here to learn more about our Mission to preserve the Cathedral as a world-class treasure. And please share this newsletter with others who may be interested in supporting our foundation. To add an email to our list, contact [email protected]

Thank you for your support! 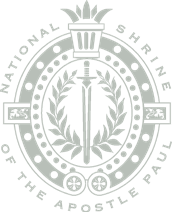